Abortion? Have some conviction. 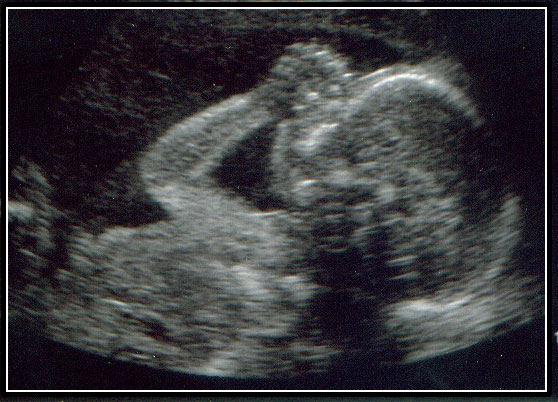 There was a lot you could walk away with from last night's Vice-Presidential debate. Maybe it was the smiling, the interruptions, the water consumption... I came away from it with my own opinions, some of which I'll keep to myself. However, one thing I think needs to be thought through is both of these men's responses to the questions regarding abortion. Some of the pundits thought it was inappropriate to ask such a question as, "How does your personal faith influence how you will govern, specifically regarding abortion." However, I thought it very appropriate. How seriously would these men take their religious convictions: as general guidelines or as foundations for how they live?

As far as their responses, I have to say I was disappointed with both of them. Both agreed that they believe life begins at conception, as the Catholic church teaches. However, this led to them to different conclusions. VP Biden said that while he may believe this, he won't impose that belief on others: "... I refuse to impose it [view of life beginning at conception] on equally devout Christians and Muslims and Jews, and I just refuse to impose that on others, unlike my friend here, the -- the congressman. I -- I do not believe that we have a right to tell other people that -- women they can't control their body. It's a decision between them and their doctor."

If I can rephrase that, he is saying that he believes babies are alive at all stages in the womb. Yet, he doesn't want to protect the lives of these unborn by imposing that view on others. As a friend of mine paraphrased, "I believe an unborn baby is a person, but if you don't, I believe you have the right to kill it." That may be blunt, but I think it reflects what he was saying. I'm sorry sir, but you are a part of a government that is sworn to protect the liberties of ALL people in this country. If you define the life of a person as beginning at conception, then where is your conviction about protecting that life? Can you really call it a belief if you aren't willing to change your life because of it? The government has every right to protect its citizens, all of its citizens, whether young, old, sick, poor, wealthy, or unborn.

Congressman Ryan's remarks were also a bit disturbing. He echoed the VP's stance on when life begins, however he made the shift, which I believe is somewhat recent, to say that there should be an exception for rape, incest, or where the life of the mother is in jeopardy. Now, in fairness, it was unclear if he was just stating Gov. Romney's position to be united or if it was also his position, but either way he stated is as what he would stand by. This stance is also a compromise.

Who are we to say, under any circumstance, that life should end? Granted, these are tragic circumstances, but is the answer to kill the unborn child? As a father of three girls, I would be heartbroken if any of them was ever raped, but I would never push to kill the child that was a result. How about re-instituting the OT law of death for the men that commit these awful crimes? Maybe then they would stop doing it! But that's another topic. Either you are pro-life or you are not. If you are, there is no gray area. If life begins at conception, no matter how it was conceived, it is still a life and to end it is murder.

Am I being harsh? "What about the rights of women?" you say. "Who are we to take away a woman's right to choose"? Since when does anyone have the right to chose to end someone else's life? How about this. Women, choose to stop having sex if you don't want an unwanted pregnancy. Men, stop having sex if you don't want to deal with an unwanted child. Stop abusing this gift that is intended for a family that is equipped to raise kids. I keep hearing the argument about rape in this case, but most of the abortions that take place in this country come from women that choose not to accept the responsibility of getting pregnant when it could have been avoided with abstinence. In fact, recent studies show that 98% of abortions nationally are elective, meaning that there is no rape, incest, or health issue present (click here for that study). Men are just as much to blame as they abandon new mothers for the same reasons.

So, what do we do? I personally believe that abortion is murder. I think you should believe it too. Yes, that's right, I'm trying to impose my belief on you. I believe the Bible teaches it and encourages us to protect the innocent, take care of those in need, and to celebrate every new life that is conceived. Does that mean the supreme court should overturn Roe vs. Wade? Does that mean states should be allowed to vote on it? Whatever will bring us closer to getting rid of this infanticidal abomination is what I'll vote for.

What do you think? Is this the issue that will decide the election for you?
Culture Politics Theology Thoughts