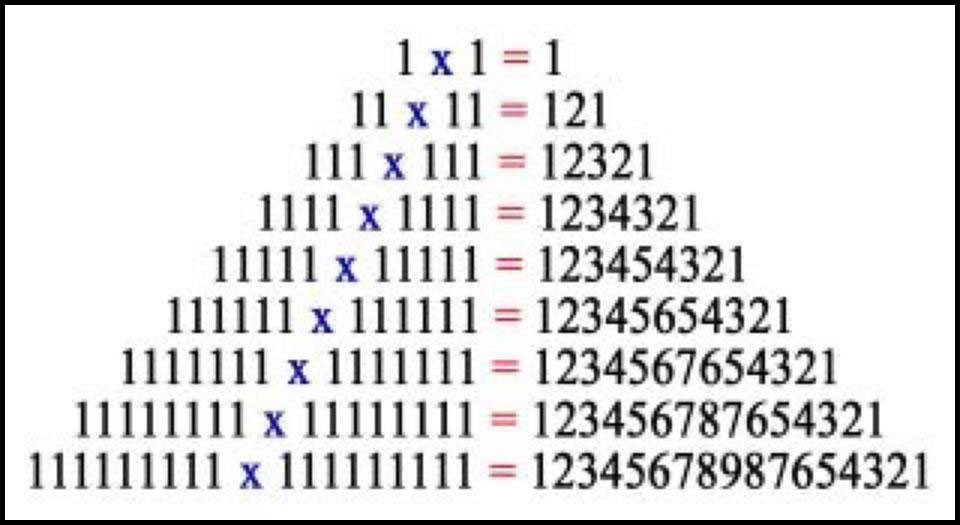 Some people really like math. I have to admit that I only went through High School geometry in my math career, but I've always been intrigued by the consistency of numbers. Anything multiplied by zero will always be zero. Anything added to one will be one more than it was. Nothing can change these mathematical facts. But why is that? Why are these equations always true? Are they true because we write them down? Does writing 2+2=4 make it so?

Math is an amazing language, but, like any other written language, it simply represents something else. Writing down 2+2=4 simply reflects a truth that is already out there. Now it's just written down so we can remember it or communicate it to someone else. Writing it down doesn't make it true though. You would never tell someone, "2+2=4 because I saw it written in a book somewhere." The equation is true because it is. We see it reflected all over the place. If you have two pancakes, then two more, you'll have had four pancakes (i.e. my daughter's breakfast this morning).

Why am I bringing this up? Who cares about math anyway, right? Well, as I was discussing this with a friend yesterday around a nice cup of pumpkin spice chai tea we I realized that the Bible expresses truth in the same way. The principles and commands laid out in scripture aren't true because the Bible says they are true, they are true because God has woven that truth into the fabric of creation. The Bible is simply a record of those truths. If they weren't in the Bible, they would still be true. For example, most people, if not all, would agree that murder or lying is wrong. They didn't have to read it somewhere or be taught that truth. Murder and deception don't sit well with us. They just feel wrong and that has shown itself in the consistency of laws reflecting this all over the world.

Just look at the first murder recorded in scripture. Cain killed his brother Abel. When he was asked about it, he lied. Why? Because he knew what he did was wrong and he tried to cover it up. God didn't give the command "Thou shall not murder" for a few thousand years, yet it was understood that it was wrong.

This is why so many Biblical truths resonate with humanity, even if they've never read the Bible. That's why we root for the good guy to win in movies, why we cringe when someone is taken advantage of, why we have the desire to help someone that is in need or why we are outraged at the atrocities of rape, genocide, or slavery. God has designed creation to react to these things how He would react. That's part of what it means to be made in His image. That's also why those of us who believe in the Bible have an edge over everyone else. We have the truth written down for us. We can go to our reference book and see exactly why we react the way we do to the world.

Have you read the Bible lately? You live its truth everyday, whether you admit it or not. I would encourage you to read the scripture and see the truth of our world reflected in its pages. The books of Proverbs, Ecclesiastes, and James are particularly helpful in understanding how our world works and how to live in it wisely. Don't stop at the expression, "That's true because I read it in the Bible somewhere." Understand why the Bible says it, and the greater truths God is trying to teach us through His written Word.
Creation Culture Thoughts