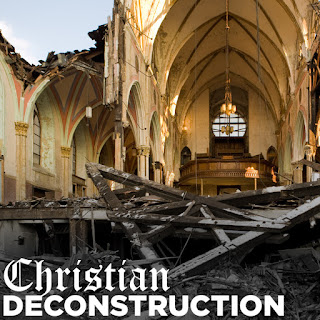 My latest morning live session gave some insights into my own experience with Christian Deconstruction. If you aren’t familiar with this phraseology, think of it like tearing down a house in order to see what the foundation is made of. Many Christians go through this process once they are confronted with a crisis of adversity or prosperity. Jesus spoke about this directly in his parable of the different soils in Matthew 13. While only one of the plants in this parable bore fruit and proved to be genuine, two others looked like legit plants until they were confronted with trials, adversity, or the pleasures of this world. When those came around they were shown to be what they were, a fake plant.

Personally, I went through this deconstruction process at the end of 2017. I was very suddenly without a spouse, job, or church. My roles of husband, pastor, ministry leader, and churchman were removed and I was left to consider what my faith really rested on. Was it based on what I was doing and these roles? For a few years I think it had been. I was confusing my actions and roles with my relationship with God. However, once those things were taken away I was only left with the relationship, and praise the Lord it proved to be genuine. He never left me. He walked with me every step of the way.

But that isn’t always the result. I’ve heard stories of many around me, from my ex-wife to old college friends to some in the public spotlight, like Josh Harris, who all have gone through a deconstruction process and have come to the conclusion that they aren’t true Christians. Some even go the next step to conclude that Christianity isn’t true.

That’s why I chose to address this in the above video. I firmly believe all Christians are called to test themselves to see if they are in the faith (2 Cor. 13:5). That is basically what this process is all about, to test yourself to see if your belief is genuine. It isn’t something to be afraid of. It should be encouraged. But it’s not always an easy process. Often very difficult questions are asked. Sadly, many observers don’t respond well and make the process harder than it needs to be.

My hope is that my story sheds some light on the process you or someone close to you may be going through. I end with some observations and things to think about as you go through the process, including taking things slowly, not overreacting, and not judging Christianity by other Christians.

May the Lord use it to encourage you as you examine your own heart.