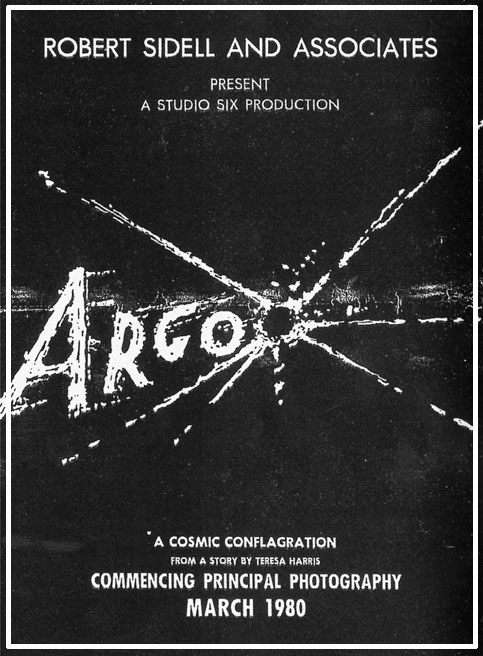 Moriah and I had the privilege of going on a date last evening. Being the parents of three little ones and living far from family, these are hard to come by. However, we were able to get out and we decided to see a highly recommended film from others, Argo. This film scored a 96% from Rotten Tomatoes and high praise from many of our friends, so we decided to take a risk on a movie neither of us really knew anything about and go see it.

Plot:
If you aren't familiar with the plot, which is probably most of you under the age of 40, it is based on a true story that took place during the Iran Hostage crisis in the early 1980's. While the nation at large was following the story of the many hostages inside the U.S. embassy in Iran, there were six who had escaped and were hiding out in the home of the Canadian ambassador to Iran. This movie retells the daring attempt made by the CIA and Canadian government to rescue these individuals by creating a fake movie, Argo, and pretending to go to Iran on a location scouting trip with the goal of smuggling out the Americans as  part of the film crew.

First Impressions:
Personally, I really enjoyed this movie, and so did my wife. I always love movies based on true events because they seem more personal with part of their story based on reality. The picture posted above is actually one of the original movie posters given to the press to create the foundation for this fake movie. The wonderful acting added to the feel of realism as did the story which kept us on the edge of our seats for almost the entire second half of the movie.

Rarely do you find an intense movie like this making you laugh, but there was plenty of humor, as you can imagine, as these few brave individuals try to convince Hollywood to back this terrible movie idea, all the while understanding that it will never actually be filmed. John Goodman, Alan Arkin, and of course Ben Affleck all played their roles well, as did those who played the hostages. Even if you know the ending (because it is based on real events), there is still plenty of suspense as you follow the plan along its course to the exciting conclusion.

The Big Picture:
This movie hit very close to home for me, as I'm sure it did with many Americans, as it begins with a mob of Iranians storming the U.S. embassy in Iran. I couldn't help but think about the terror our ambassador was feeling in Libya just a short time ago as the same thing happened to him, with no apparent help coming.

While the smaller story of the movie may have been about the rescue of these individuals, I think a bigger plot line is the importance of human life. There were times when the plan was in doubt and politicians threatened the safety and success of the mission, all in the name of saving face. But what came through was that we are responsible for our own. If there is human life in danger, we need to do our best, not just as fellow Americans, but as fellow human beings, to bring those lives to safety.

I wonder if this message will sink down enough for people to act on it? Will people see this movie and be moved to compassion to go to the east coast to provide aid for those in need? Will it spill into the abortion debate, causing some to rethink their definition of human life? Will it change our perspective on the benefits we have here in America of a stable government? I guess those are questions for each individual to answer.

Conclusion:
As for Moriah and I, we left the theater amazed at the blessing of God that can just get in our car and drive back to our house without the threat of a mob interrupting our travel. We can sleep through the night not worried that we'll be dragged out into the street and shot because of a misplaced loyalty or even a simple misunderstanding. Do we thank God enough for the joys of a stable government; a government that, whoever is president, provides protection, aid, law enforcement, and many other things that make our life relatively easy? I will be more mindful of those things in the coming days and weeks.

Overall, I would give this movie 3.5 out of 4 stars. It's not quite to 4 stars in my book, but it is pretty close. We'll definitely be adding it to our library when it comes out, both for the movie and the bonus features regarding the real story that are bound to come with it. It is rated R, so I wouldn't recommend this for younger viewers. While there isn't anything too sexual, there is a lot of language and some violence that could be disturbing to a younger viewer. For more information on those particulars, you can visit IMDB.com for their parental advisory helps.
Culture Movie Review