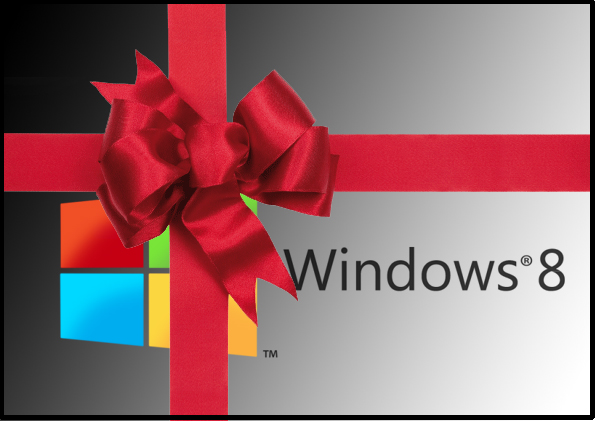 Godliness + Windows 8 = Great Gain, right? Isn't that how the verse goes? It seems like I live that way sometimes. This week I've been evaluating my computer needs and the temptation to upgrade nearly took over my world. Upgrading is important, correct? At least, that's the message we get all the time from the media around us. Windows 7 is the past. Get with the future. Your iPhone 4 is ancient technology, slowing you down and keeping you from having a good life. Your LCD TV is too thick. Your car doesn't get good enough gas mileage. Your home would be much better if it had 3 full bathrooms instead of 2.5.

The verse I quoted above is actually found in 1 Timothy 6:6. It reads, "But godliness with contentment is great gain..." It is followed with the apostle Paul stating how the desire for wealth leads many to ruin and destruction and how he will be content with the simple things: food and clothing. It amazes me how quickly we replace the word "contentment" in this passage with the things we believe will bring us great gain. Or maybe we switch the phrase around stating godliness + great gain = contentment.

This was brought into sharp focus for me as I was driving my daughter to school this morning. As I said earlier, I had been evaluating my computing needs for 2013 yesterday and pretty much decided that it was time to upgrade to Windows 8 from my dinosaur (2 year old PC) running Windows 7. My computer is running just fine, but I didn't want to fall behind by not keeping up with the Windows world. What would people say?! But, driving Charis to school this morning brought things into focus.

We started talking about growing up and some of the things she was looking forward to. We talked about driving and her singing with the worship teams in church. I told her that it was fine to look forward to things, but that if she only thought of what was coming she would miss out on the great things she was a part of right now. We talked about contentment and what that word meant. As the discussion continued, I realized that I needed to apply what I was saying to myself. I need to redefine the word "need" in my life. Yes, sometimes it is important to upgrade. However, especially in the technology world, it isn't as "needed" as I think.

Maybe you aren't interested in Windows 8. Maybe it's one of those other things I listed above. Maybe a new relationship or more money is what you "need." I think it would be good for all of us to take this verse at face value as we look at 2013. I had the misunderstanding that I could actually be more effective in my godliness, equaling great gain, if I had this thing. But that won't satisfy. I already have what is necessary, and what I need is contentment.

Now, if I can just get the godliness part right, but I'll save that for another post...
Culture Technology Thoughts