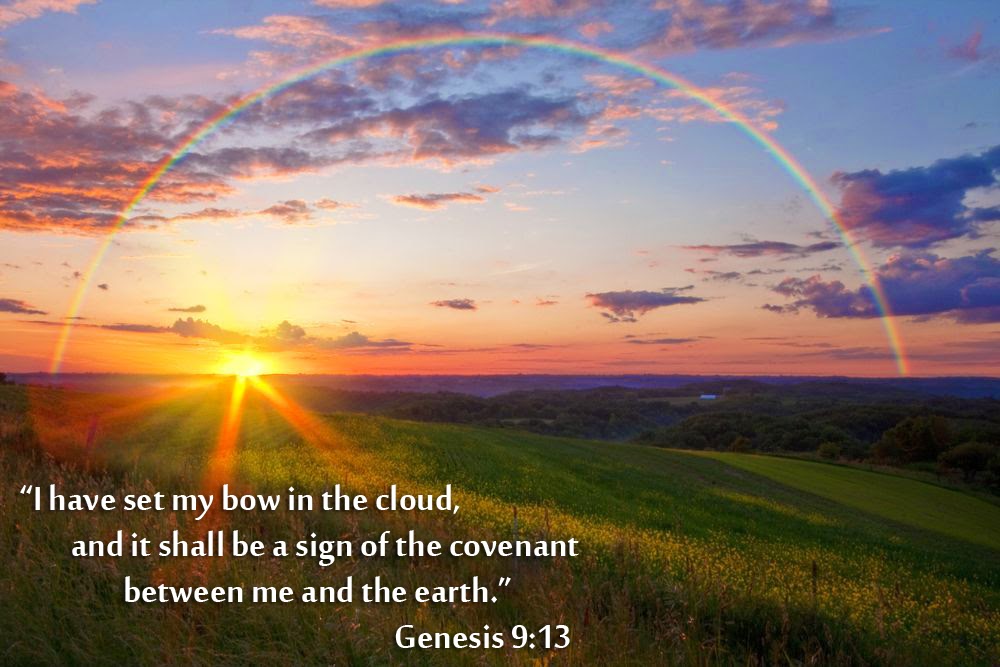 The Lord said in his heart, "I will never again curse the ground because of man... Neither will I ever again strike down every living creature as I have done. While the earth remains, seedtime and harvest, cold and heat, summer and winter, day and night, shall not cease."

A fun question we used to ask to get to know people was this: "If a huge natural or man-made disaster was to hit the world, what do you think it would be?" The answers told a lot about the fears of the individual. Some would say nuclear winter would send us all underground. Others would say a world-wide plague or a meteor hitting the planet. No one mentions a flood or locusts, but perhaps in some cultures those are popular answers as well.

The problem with this question is that it will never happen. It's like asking which is more likely, fire-breathing unicorns invading Canada or all the water on earth spontaneously turning into grape jelly. It's an interesting question to ponder, but neither answer is realistic. Now, I know what you're thinking- "But nuclear winter could really happen, and we could get hit with a monster meteor and be forced to survive underground for years!" No, that just won't happen. Do you know why I believe this and why you should too? Because God's Word says so.

Look above at the passage from Genesis 8. God begins verse 22 by saying, "While the earth remains." This means while the earth is in its current state- after the fall, at least until the return of Christ, perhaps even extending beyond that! (but at least stretching until the recreation of all things depending on how you take the meaning of there being no night in heaven...another topic for another day). In this condition several things will continue on their God ordained schedule: "seedtime and harvest, cold and heat, summer and winter, day and night..." How can we have cold and heat if there is nuclear winter? How can we have seedtime and harvest and the four seasons if we descend into a second ice age? Wrapped in the Noahic covenant is this promise that God makes with Himself. None of these things shall cease while the earth remains.

This goes beyond just crossing a worldwide flood of the things that could wipe us out. The only thing that can impact God's creation in this way is God Himself, and He has chosen to keep it all going. He will continue to sustain the natural course of our world until He decides the earth will no longer remain, until He comes and makes all things new. Yes, terrible things can and will still happen in this fallen world. But our ultimate destiny is not in our hands. Just like our salvation, it began with God, it's upheld by God, and it will come to completion when and how God says.

Praise God for His sovereign hand and for holding all things together through His Son!