The Promised Lion of Judah 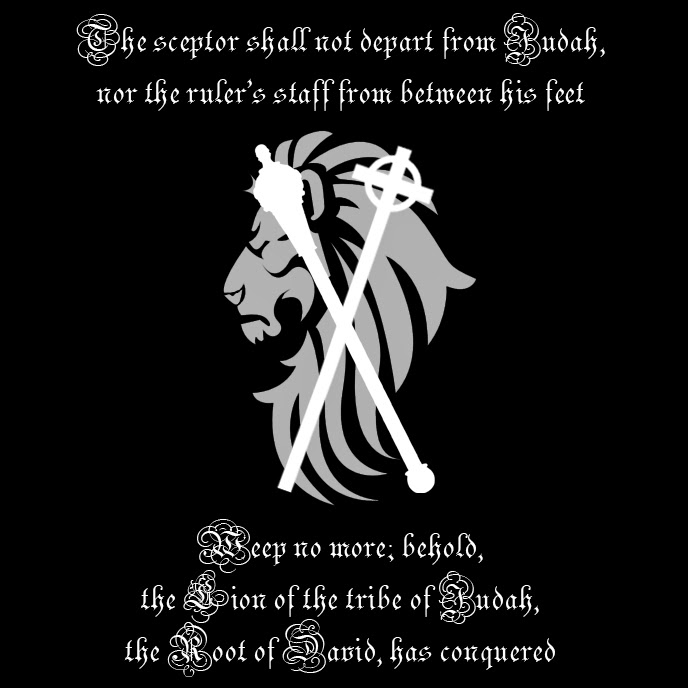 In Genesis 49 we come to the end of the life of one of the patriarchs of the Jewish faith. Jacob is on his deathbed when he calls his sons together to bless and prophesy over each of them. If we look at the history of each of the sons we might guess how each blessing might go. Surely Joseph would get the greatest blessing being the favorite son and the savior of his family. However, that's not quite how it goes.

The first three sons are quickly dismissed as heirs to the main blessing. Reuban "went up to [his] father's bed" by sleeping with one of Jacob's concubines (Bilhah in Genesis 35:22). This removes the blessing of the first born from him. The next two in line, Simeon and Levi, are dismissed as well for their role in the bloody massacre of the men of Shechem (Genesis 34). That brings us to Judah, the fourth-born son of Leah.

Judah is an interesting character in Genesis. He was the one who had the idea to sell Joseph off to the Ishmaelites rather than killing him. He was also the one who withheld his youngest son from his daughter-in-law, Tamar, and ended up sleeping with her himself in seemingly random aside during the story of Joseph (Genesis 38). His character continues to develop as we see Judah desiring to care for Benjamin when the brothers all return to Egypt (Genesis 43). It is him, not Reuban, Simeon, or Levi, who takes responsibility before Jacob for the youngest son and he is also the one who speaks for the brothers before Joseph when Benjamin's life is threatened (Genesis 44)- quite a change from the one who sold another brother into slavery.

We may be quick to dismiss Judah from contention as well for his sordid past. But he isn't dismissed. God, through Jacob, names Judah as the leader of his brothers and the tribe of the king. Judah's blessing is not the longest. Joseph is lauded for several verses with praise and honor by his father in Genesis 49:22-26. Blessing upon blessing is prophesied for him, yet there is no mention of leadership. Joseph's tribes which flowed from his two sons (Manasseh and Ephraim) would indeed be prosperous, but they would not rule. That role is reserved for Judah. Jacob says, "The scepter shall not depart from Judah, nor the ruler's staff from between his feet..." Fruitfulness and wealth may be heaped upon Joseph, but kingship is reserved for the sons of Judah.

As history marches forward we see strong rulers coming from the tribe of Judah. Caleb, one of the faithful spies in the book of Joshua, hails from this group. His most famous monarch-son is King David who was succeeded by Solomon; two of the most famous kings in all of world-history. But all of these pail in comparison to the King of all kings who would eventually come from Judah. Jesus, named the Lion of the tribe of Judah in Revelation 5, is the ultimate King who came from Judah. It's in Him that this prophecy is fulfilled. "To him shall be the obedience of the peoples" from every tribe, tongue, and nation. In this promise, which took 2,000 years to fulfill, we again see the faithfulness of God and have yet another reason to trust that God will do what He says.