Promise 1- The Defeat of the Serpent 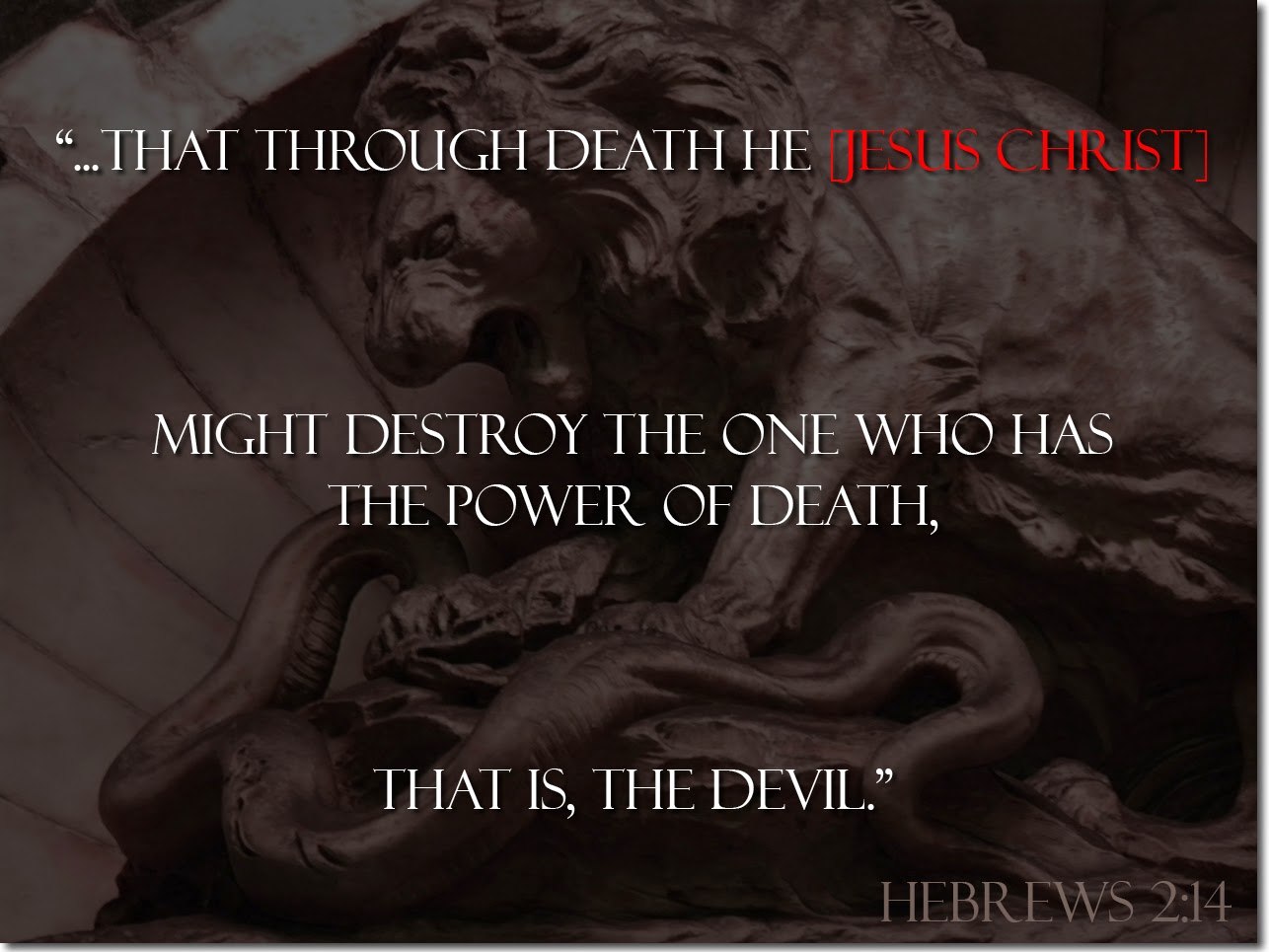 "Since therefore the children share in flesh and blood, he himself [Jesus Christ]
likewise partook of the same things, that through death he might destroy
the one who has the power of death, that is, the devil..."
~ Hebrews 2:14 ~

In 2015 our congregation (at Hixson Presbyterian Church) will be reading through the promises of God each week. This is the first promise we will read in our worship service. It is one of the first promises in scripture and the beginning of the revelation of God's plan for salvation. Theologians call this the Proto- Evangelium, or the First Gospel. This passage begins amidst the tragedy of the Fall recorded in Genesis 3. Mankind is now lost in their sin, separated from God's grace, on their way to eternal damnation. But God has a plan. He promises the serpent that One is coming who will completely and utterly defeat him.

In the book of Hebrews we read just one of many passages that outline how Christ has defeated the serpent. Jesus Christ, the eternal God, One with the Father, took on flesh and died a terrible death, "that through death He might destroy the one who has the power of death, that is, the devil." Through the death of Christ we can know and claim this promise and no longer fear the devil or his most valuable weapon, death itself. As 1 Corinthians 15 tells us, death no longer has victory and has lost its sting.

Let us all find encouragement in the defeat of the serpent through the Lion of Judah, Emmanuel, the Way, the Resurrection, the Life, the Christ, the Son of God!

THIS PROMISE IN SONG