May 24, 2013
This Sunday I have the privilege of preaching at my church. We'll be looking at the book of Hosea. Below is a little teaser I wrote for our weekly newsletter introducing the sermon. I'll have more on this next week once the message has been given. 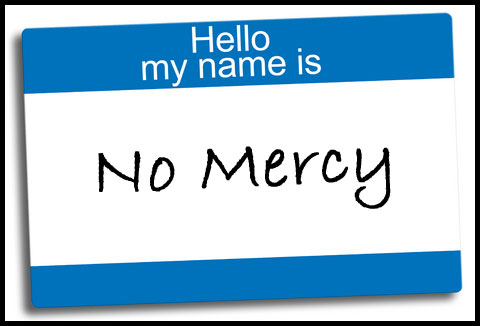 Each of us has a name. Sometimes that name has great meaning. Sometimes not so much. I have a friend, Dallas, who was named for his dad’s favorite football team. Others are named after a parent or grandparent. In today’s day and age we seldom think of what a name actually means and think more about how it sounds. I’m named Joshua, which means “The Lord Saves.” While this name has biblical significance, I don’t think my parents gave me this name in hopes that the Lord would accomplish some great salvation by my hand.


As we grow and mature, sometimes we get nicknames to remind us of some event from our past or present. Maybe a friend calls you tank because of how you plowed through a lineman in football twenty years ago. In fact, sports give us some of the most creative nicknames, from the Great Bambino to the Muscle Hamster to His Airness. Even if you don’t know who these names refer to, I think you can agree that we can have all sorts of names for all kinds of reasons.


Maybe you have a name you’ve given yourself; a name no one else knows. Maybe you’ve adopted the name failure, addict, liar, or lonely. No one else knows this part of you, but in the stillness of your mind these names, these labels, define you just as much if not more than your given name. You aren’t proud of these names, but they are attached to your identity as much as your last name or your social security number.


As we look back in time this Sunday we will look at the story of Hosea which happened some 2,800 years ago. Back then names were purposeful. Parents named their kids with a hope that they would live up to their name’s meaning. Sometimes, like in this story, God would step in and label someone as a living example of what He was trying to teach or do. In the case of Simon in the New Testament, his name was changed to Peter, The Rock. However, in the case of Hosea’s children, their names were not so noble. His children were named Scattered, No Mercy/Love, and Not My People: living testimonies of God’s relationship with His people Israel.


If the story ended with these names, it would be a pretty hopeless one. But, the story doesn’t end there. As with all of the minor prophets, this story ends with hope and with deliverance from the hand of God. It ends with God showing mercy to No Mercy and making Not My People a people again.