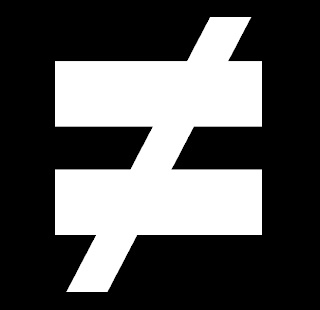 Two potentially culture-altering cases are before the Supreme Court this week. Both relate to the controversial issue of homosexuality and the attempt to redefine marriage. There are a ton of articles out there giving a good Biblical defense for what scripture teaches about this issue, and others that seek to explain why this issue is even an issue today (like this one). There are arguments about tolerance, equality, love, progress, and many more that seek to persuade people to one side of the argument or the other.

As a Christian, I believe our final authority is the Bible. That is where I stand on this issue. Whether you go to Romans 1, Genesis 2, or Ephesians 5, the Bible teaches that marriage is man and woman coming together under God and anything else is unnatural.

At the heart of this is what marriage is. I like to look at the word itself. We use "marriage" to describe all sorts of things. There is a basic understanding that marriage is the coming together of two unequal parts to form something new, and usually better. We look at a peanut butter and jelly sandwich and say, "What a great marriage of ingredients." No one would ever say, "Peanut butter and peanut butter, what a great marriage." At its heart marriage means marriage. This is a word with a meaning behind it that has been established by history, culture, and the Bible for thousands of years.

Now people don't like how this word is used. So, instead of picking a different word, we have to change what this particular word means because it makes some people uncomfortable? We have to redefine it to include more people? This isn't the answer. The answer is that marriage means marriage. Marriage only works when two unequal things come together, like a man and a woman. It doesn't just mean unequal emotional conditions or personalities. It means two physically measurable different things coming together.

In the end, the Supreme Court will do what it will do. I hope we have a few more years of my kids not getting made fun of in schools or suspended because they had the audacity to describe marriage as between a man and woman. But, if not, I'm okay with it. I believe God is firmly in control of all things, including our President, Legislature, and Supreme Court Justices. His goal isn't marriage equality. It is the expansion of Christ's Kingdom on this earth. That is the mission He commissioned His disciples to be a part of, and that is the mission I'm excited to join. So, whatever happens in Washington, I'll keep writing and preaching the gospel, calling sinners (whether it is a sin of jealousy, murder, homosexuality, lying, pornography, gluttony, or pride) to repentance, and praying that God would open blind eyes to see the truth in His Word.
Culture Doctrine Theology Thoughts