Why I Believe in Infant Baptism Part 2: What is Baptism Anyway? 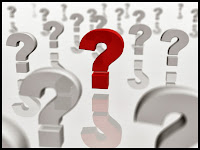 My transition to infant baptism started about 2 years ago when I began studying the issue in earnest. My brother gave me some resources for Christmas at the end of 2011 and over the next six months or so I read, studied, listened, and eventually changed my convictions. However, the change had really started many years earlier when I started to see all of scripture as one book, one story, rather than two stories separated by Old and New Testaments.

The foundational question I had to begin with was this: What is baptism? I don't mean the means by which you baptize someone (immersing them in water, sprinkling, pouring, etc.). I don't even mean the age of the person being baptized or their spiritual condition. I was interested in the meaning behind the symbol. What is baptism? Why did God command this particular symbol? Is it simply something I do to show my commitment to God?

The Westminster Confession defines baptism in Chapter 28:
"Baptism is a sacrament of the New Testament, ordained by Jesus Christ, not only for the solemn admission of the party baptized into the visible Church, but also to be unto him a sign and seal of the covenant of grace, of his ingrafting into Christ, of regeneration, of remission of sins, and of his giving up unto God, through Jesus Christ, to walk in newness of life: which sacrament is, by Christ's own appointment, to be continued in his Church until the end of the world..."

What does all that mean? It means that baptism is a sacrament, something Christ gave the church to set it apart from the world. So, if baptism is something Christ gave to us, then is baptism something I do to show my commitment to God or something God does to me to show His covenant faithfulness in my life? Just who was doing the baptizing? The answer to this question is found in how we define "a sign and a seal of the covenant of grace" mentioned above.

Sign & Seal
As I began to research these terms I found some really interesting connections. The actual term "sign and seal" is found in reference to circumcision, but not in the Old Testament. It is actually found in the New Testament in Romans 4 referring to Abraham's circumcision:

4:11-"...he received the sign of circumcision as a seal of the righteousness that he had by faith while he was uncircumcised."

Ok... but that refers to circumcision, not baptism. Are those even connected? As I kept reading I found more references to being sealed, but this time it was being sealed by the Holy Spirit as a part of our salvation (Ephesians 1:13-14). The Holy Spirit is also what we are baptized in (1 Corinithians 12:13). The more I read the more I was looking for that connection between the Holy Spirit, baptism, and circumcision. Finding out about these would hopefully lead me to answer the bigger question I mentioned above: Who was doing the baptizing? And then I found it.

Have you ever read a passage a hundred times, then you finally READ it and have that epiphoniacal moment (I think that's a real word... maybe not) where it makes sense? I had that moment with Colossians 2:11-14 -

11 In him also you were circumcised with a circumcision made without hands, by putting off the body of the flesh, by the circumcision of Christ, 12 having been buried with him in baptism, in which you were also raised with him through faith in the powerful working of God, who raised him from the dead. 13 And you, who were dead in your trespasses and the uncircumcision of your flesh, God made alive together with him, having forgiven us all our trespasses, 14 by canceling the record of debt that stood against us with its legal demands. This he set aside, nailing it to the cross.

Finally, it was all there. We go through the figurative circumcision (a circumcision made without hands) of Christ, having been buried with him in baptism. We were once dead in sin, still uncircumcised, but God made us alive and nailed our sin to the cross. How are we saved? Through being sealed by the Holy Spirit (1 Corinthians 12:13). What is the symbol attached to that seal, of going from old flesh to new heart, of being saved or being made alive? Baptism or figurative circumcision... removing the dirty flesh and joining with Christ in newness of life.

Who does the baptizing? God! Baptism is something that is done to us. Notice all the language above in the Colossians passage.God makes alive, He buries, He raises us just as He raised Christ.

I had my answer of who does the baptizing, but what does that have to do with infant or believer's baptism? Everything. I had always believed that the I acted first in this process. I accepted Christ, then was baptized. But these passages teach that baptism, much like salvation, is something God does to us. And, like all of God's actions, they don't depend on us. In some cases, baptism does follow salvation, signifying what God has accomplished. In this way it is a sign. However, in another way, baptism is a seal by which those in the covenant family are sealed for God's future grace. If God is the one doing the baptizing, through the means of the church, then why couldn't he place this sign and seal on whoever He wanted? It doesn't mean that the baptized person is a Christian or will ever be a Christian, just as circumcision didn't mean that the circumcised baby would grow up to be a faithful Israelite in the Old Testament (i.e. Ishmael & Esau).

This change in perspective opened up a world of possibilities, including the possibility that infant baptism could be a legitimate belief. The NT points us to two OT examples of this truth found in the Flood and the Red Sea crossing. Understanding these events brings even more clarity to this confusing issue, but more on that next time...

Other Posts On "Why I Believe in Infant Baptism":
1- Opening Thoughts
2- What is Baptism Anyway?
3- Baptizing Unbelievers and OT Examples
4- Baptism from Abraham to Us
5- Applying It Today