How Much Grace Was Needed? 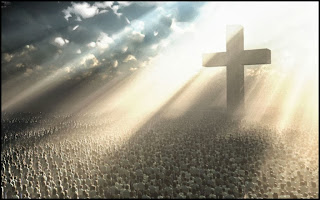 We have to start with sin, since grace covers our sins. How much do you and I sin? Let's be very conservative with this estimate, knowing that the numbers are probably much higher. How about 5 times an hour, give or take. When I think about all the times I even have an angry, anxious, lustful, lazy, or unkind thought I imagine that number could be higher. Perhaps five an hour is a pretty conservative amount, but we'll use it for now. Five sins an hour multiplied by the twelve or so waking hours of the day comes to 60 sins a day. 60 sins a day multiplied out over a year gives us 21,900 sins in a year. If we expand that over the average lifetime of an American male (right around 70 years) that gives us 1,533,000 sins. That's a lot of sin.

Even one sin earns me the wages of death which is an eternity of suffering under the wrath of God. So, just for my lifetime of sins, Christ suffered the spiritual pain and anguish of an eternity's worth of God's wrath 1.5 million times and then some. This was all done for me, as a gift of grace.

As we expand that out world wide the amount of grace expands as well. Let's take the average lifespan down a bit to around 50 and apply that to the approximately 1 billion members of Christendom worldwide at the moment. That equals 1,095,000,000,000,000 sins just from this generation alone that Christ suffered and died for. We can add to that number all the saints who have come and gone before us all the way back to creation.

That's a mind blowing amount of wrath suffered by Christ on the cross. It should also cause us to stop in wonder as we realize Christ willingly went through that to redeem a people that didn't even want to be redeemed. The next time you wonder about God's love for you, remember those trillions and quadrillions of "wages of death" that Christ suffered for you before you were even conceived. God loves His children more than we could know. I am so thankful for God's limitless grace.
Christ Grace Thoughts