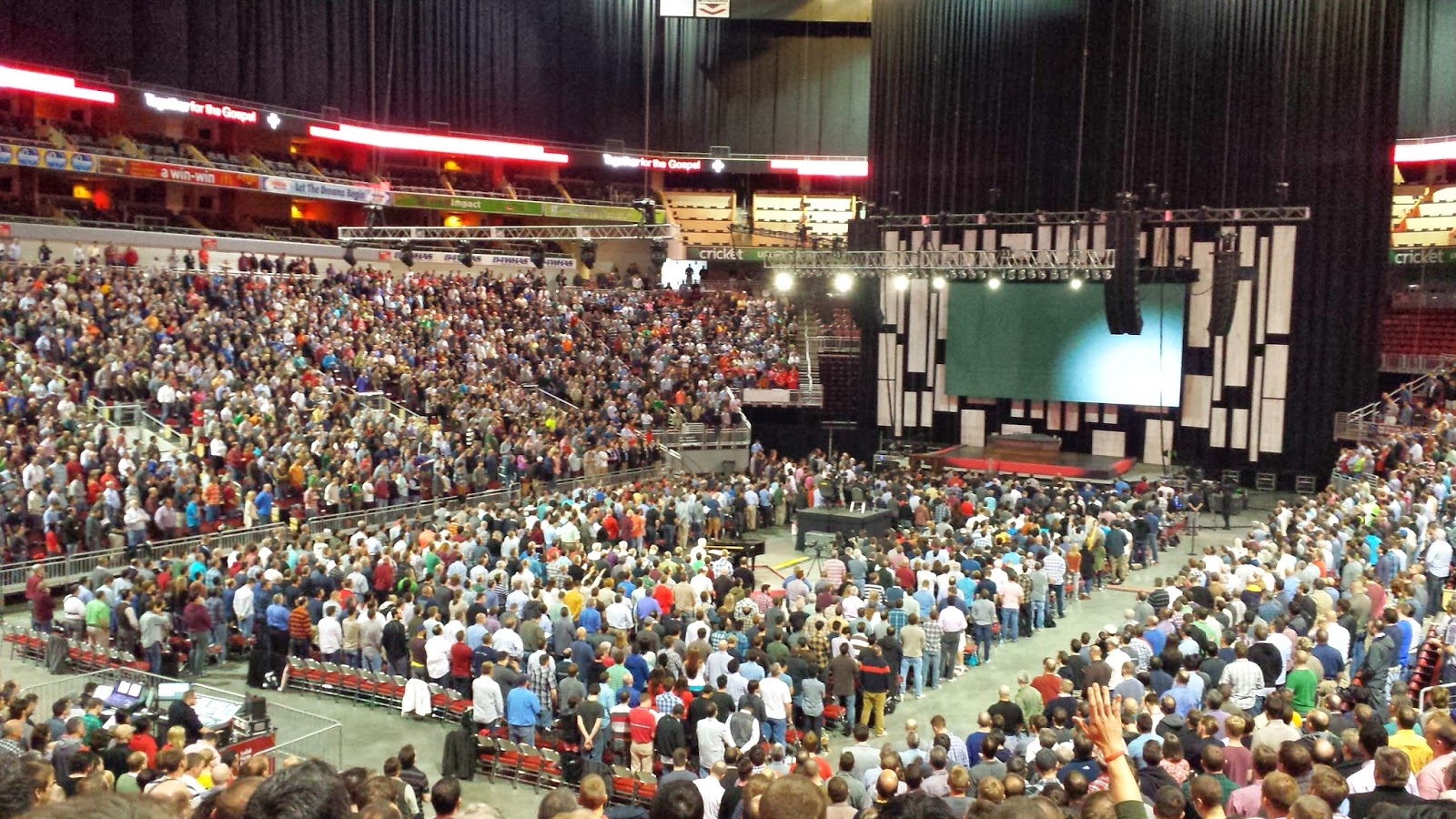 Together for the Gospel 2014 is here at last. This is the third time I've had the privilege of attending, and it has been amazing. From the fellowship to the teaching to the times of worship, it's been a foretaste of heaven with believers from dozens of denominations gathering together, centered around the truths of the gospel (to read the articles of faith for T4G click here). If you aren't able to be here you can watch the sessions streamed live throughout the day by clicking here. If you have time, I highly recommend tuning in.

At events like these I'm tempted to tweet just about every other line from these amazing pastors, but rather than bog down the twitter feed or try to keep up, I'll share a few of my favorites quotes of the day with a bit of their context right here. So, sit back, relax, and enjoy a few snippets.

On day one we heard from Mark Dever, Thabiti Anyabwile, and Al Mohler as well as a Pre-Conference from the Council for Biblical Manhood and Womanhood and a wonderful end of the day panel discussion on The Gospel and Homosexuality. Here are a few quotes (and sometimes paraphrases) from the day:

Pre-Conference
"The Bible doesn't call all women to be submissive to all men, but for wives to submit to their own husbands." -Russell Moore (A great reminder to men that they don't have some kind of default authority over women just because of their gender outside of the roles the Bible gives them)

"Singleness is a good gift from God that portrays the gospel of God: the Christian's identity in Christ & identification with the church." -David Platt (Singleness isn't a state to bear until marriage comes along. It is a picture of the gospel, just as marriage between men and women pictures the gospel)

"Don't reason with or rationalize sexual immorality as if it's a necessity of being human. Run from it." David Platt

"Faithfulness [to scripture] requires us to affirm that our Creator determines [our sexuality], not ourselves." -Al Mohler (The Creator's design makes us male and female, designed to be with the opposite gender. We cannot simply choose our sexual orientation as is not the option on facebook with the "Custom" gender.)

From the Sessions
"Ours is becoming the new "'Alternative Lifestyle'".- Mark Dever (Referring the fact that living in a strict heterosexual relationship is becoming more the exception to what is accepted rather than the norm.)

"In a fallen world some of our fears come true, but they tend to lie to us about how important they really are."- Mark Dever

"The proud and self-righteous usually feel as if they're treated as they don't deserve." -Thabiti Anyabwile

"In the early 1900s [many in] Christianity began to say, 'We don't have the only way, but we have the best way.'" - Al Mohler (referring to the growing trend of Christians to deny the exclusivity of Jesus as the only way to God)

From the Panel on Homosexuality
"The Gospel is at stake with the issue of homosexuality. That's how important it is."

"Christian conviction against homosexuality isn't a disguised homophobia." (It may have been at one point, but our conviction comes from scripture, not from a sense of fear)

"We need to be prepared and prepare the church for a Gospel response for when gay marriage becomes the law of the land. We can't be caught flat-footed as we were when Roe vs. Wade was handed down." -Russell Moore

"We need to prepare our churches for the questions culture throws at them as well as make our churches a place where those who struggle with same-sex attraction can not only he welcomed, but helped to thrive in the gospel as they battle this sin." -Sam Allberry

"We need to recognize that we all have sins we must forsake for the gospel." -Sam Allberry

"The message of culture is "you are your sexuality", and that is an appaling message to send."- Sam Allberry


Those are a few of my favorites from the day. More to come after day two. You can follow the discussion and quotes on Twitter under the hashtag #T4G14.